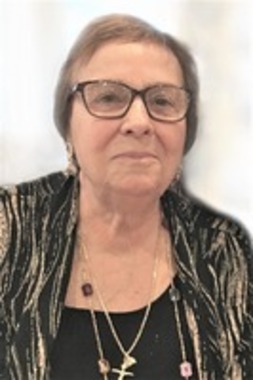 Back to Ninfa's story

Gloucester - Ninfa (Taormina) Ciaramitaro, 84, passed away peacefully at home surrounded by her loving family on Tuesday, March 24, 2020. She is survived by son, Mercurio Ciaramitaro husband to Grace (Parisi) Ciaramitaro; daughter, Rosalie Ferrara wife to Matteo Ferrara; son, Vito Ciaramitaro husband to Vincenza (Rallo) Ciaramitaro; daughter, Stefanie Noto wife to Sebastian Noto; daughter-in-law, Cheryl (Burns) Ciaramitaro; grandchildren, Cristina Ciaramitaro, Michael Ciaramitaro husband to Lucia Ciaramitaro, Josie Sarmanian wife to Robert Sarmanian, Vito Ferrara husband to Graziella Ferrara, Ninfa Numerosi wife to Mercurio Numerosi, Vito Ciaramitaro husband to LeeAnn Ciaramitaro, Jayme Ciaramitaro, Frankie Ciaramitaro, Ninfa Ciaramitaro, Josephine McDougall wife to Phillip McDougall, Vito Ciaramitaro, Rose Ciaramitaro, Angelo Noto, Grace-Marie Noto, Vito Noto and twenty great-grandchildren. She is also survived by her brothers, Leonardo Taormina husband to Phyllis Taormina, Nicola Taormina husband to Angela Taormina, Giuseppe Taormina husband to Josephine Taormina, Peter Taormina husband to Diane Taormina; sister-in-law, Maria Taormina; brother-in-law, Jerry Ciaramitaro husband to Mary Ciaramitaro and many nieces and nephews.
Born to Francesco and Stefana Taormina on February 23, 1936 in Terrasini, Sicily. She grew up in the same small town where she later met the love of her life, Vito. Ninfa and Vito were married on February 7, 1953. She and Vito left Terrasini to begin their life together in America. Although she missed her family in Sicily she quickly grew to love her new home and adopted the American way. Ninfa and Vito raised their five children in Gloucester, but often traveled the world together. She dedicated her life to her family.
Ninfa Ciaramitaro was not only the matriarch to her family, but extended her love and devotion to anyone around her who needed it. Ninfa actively supported the community of Gloucester through her generosity, philanthropy, and love for the people in her city. She had many friends in the community and enjoyed the time spent with all her commares. She was a true leader in her community, taking everyone in need under her wing. Ninfa was a strong woman and learned to be independent, traveling to and from Boston to her favorite shops or driving others to doctor's appointments in the city. Ninfa was a member of The Mother of Grace Club and Madonna Del Rosario.
She was best known for her excellent cooking. Nothing made her happier than having her family over for Sunday lunch. Her neighbors would comment on how they could smell her sauce down the street. She was one of the last of her kind, an Italian grandmother whose recipe book was only kept in her head but produced from her heart.
Ninfa loved her husband and children more than anything in the world. Her grandchildren were the lights of her life and held a special place in her heart. Ninfa enjoyed taking them bowling, to the movies, and out to eat. Ninfa was known for her heart of gold. She was loved by many, and everyone's Nonna.
She was predeceased by her husband, Captain Vito Ciaramitaro; her son, Francesco Ciaramitaro; and her brother, Salvatore Taormina.
Her graveside service will be held privately. A memorial Mass will be celebrated at a later date for family and friends. In lieu of flowers, contributions may be made in her name to St. Jude Children's Research Hospital, P.O. Box 50, Memphis, TN 38101.
Arrangements by Greely Funeral Home, 212 Washington Street, Gloucester. For online condolences, please visit www.greelyfuneralhome.com.
Published on March 26, 2020
To plant a tree in memory of Ninfa (Taormina) Ciaramitaro, please visit Tribute Store.

Plant a tree in memory
of Ninfa

A memorial tree was planted in memory of Ninfa (Taormina) Ciaramitaro.  Plant a tree

Gail Beaudain
To the family of Ninfa,
I just learned of Ninfa's death and wanted to add my condolences to those of many others who were touched by her kindness. As a neighbor many years ago, I remember her as a most joyful and empathetic woman, always thinking of others My life was enriched by knowing Ninfa, Vito, and all of their wonderful children and sampling her magnificent cooking.
My deepest sympathies to you. Gail
Bruce Goodwin
I am sorry to hear about the passing of Ninfa. She was a very nice young wormen when I knew. We were neighbors when the Taormina's lived above Marty's Grocery on Beacon & Washington way back in the early 60's. My prayers go out to the whole family for your lose.
Virginia San Paolo & Maria Quilenderino
Dear Ciaramitaro Family, my mom, Virginia (Sam) SanPaolo & I send our deepest condolences. Ninfa was a lovely lady. We some some great memories of her & your dad, Vito. May she rest peacefully in the Lords arm! Stephen McGivern
I did not know her. I just wanted her family to know that I work with her son. I will remember her in my morning prayers. To Joe and Grace if I can do anything please just ask. She knows the best hospital for children which I will keep in my givings!!
Rosanne and Tom testaverde
Rosalie and family, very sorry for the loss of your mom
Lori Paterno Kerepka
To the family, I am so very sorry for the loss of Ninfia. She was a strong loving giving woman. She was always so happy and smiling. My love and prayers to the family . Rest In Peace Ninfia 🙏thank you for your kindness
Scott & Deb guyer
I'm so srry for your loss
Salvatore Russo Jr.
We are sending our love , and condolences. To a wonderful and loving lady May she Rest in Eternal Peace
View all 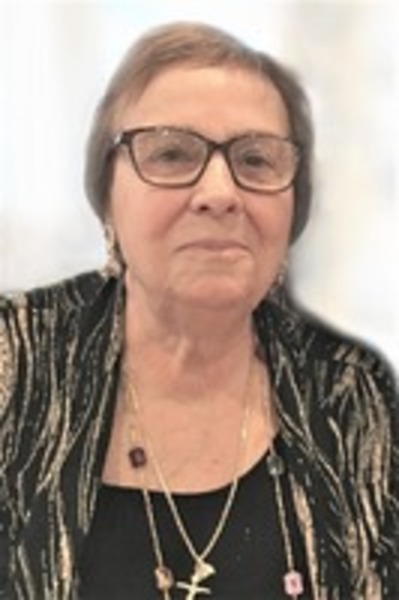