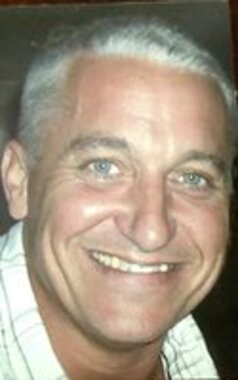 Back to Paul's story

Boxford, MA - Paul J. Paone, 54, of Boxford, passed away after a hard fought battle with cancer at home with his loving wife and sister, Lisa, by his side.
Paul was born and raised in Lynn, on July 10, 1965 to Susan (Burnett) Kourkoulis and Richard (Dick) Paone. As a child, Paul loved drawing, music, the Three Stooges and figuring out how things work. At an early age, he could fix just about anything which led to his lifetime career as an auto mechanic and business owner. In 1993, he established Family Car Care alongside his father, Dick and brother, Tony and was later joined by his son, Brad in 2006. Paul loved to travel and spent a short time living in Greece. Paul was a handsome, witty, fun-loving person who was quick with a joke and a smile. He loved to spend time with family and friends and was an extremely devoted grandfather. Later in life, Paul loved playing guitar, watching the Patriots and Red Sox, fishing in his backyard, and rooting for his stepdaughters' college teams.
He will be profoundly missed by his wife, Monique (Proulx) Paone and stepdaughters Brianna and Allysha of Boxford, his son, Brad Paone and his wife, Amy and his grandsons, Paul and Max of Rockport.
In addition to his wife and son, Paul will be missed by his mother Susan (Burnett) Kourkoulis and stepfather Harry of Londonderry, NH, his father, Dick Paone and stepmother Cyndi of Gloucester, and his 100 year old paternal grandmother, Frances Paone of Saugus. He will also be lovingly remembered by his siblings: brother, Tony Paone and his wife Sandy of Lynn, MA, sister Lisa Paone of Flagler Beach, Fla., sister, Rachel Richards and her husband, Brian of Portland, Maine; brother Brian Paone and his wife Stephanie of Monterey, Calif., sister Alisha Paone of Beverly; sister, Alexis Swenson and her husband, Eric of Londonderry, NH and many aunts, uncles, nieces, nephews, cousins and friends. Paul was predeceased by his brother, Jay Anthony Paone.
Visiting hours will be at Conte Funeral Home, 17 Third Street, North Andover, MA on Sunday, October 6th from 2 to 6 p.m. Services will be held at Sacred Hearts Parish, 165 S Main Street, Haverhill, on Monday, October 7th at 10 a.m.
Published on October 3, 2019
To plant a tree in memory of Paul J. Paone, please visit Tribute Store.

Plant a tree in memory
of Paul

A place to share condolences and memories.
The guestbook expires on March 30, 2020.

Paul Paone
I'm so honored to be named after you papa thank you for being my hero and the best grandfather in the entire world. Everyone will miss you forever I love you so much and always will... Rest easy papa
Michael Hildebrand

Brenda and John Fleming
So very sad and sorry to hear of Paul's passing. He was always helpful and knowledgeable with any car issue. Quick with a joke and had an amazing beautiful smile . Cannot imagine your pain. Be comforted that he is no longer sick or suffering in God's house. We are sure he is smiling down on all of his family and friends. RIP Paull
Richie and Shayne Osterberg
Our deepest condolences Paul will always be on of the best people I have ever known. God Bless
Richard Osterberg

Dennis Whaley
My deepest condolences to you and your family during this time.
Helen Harber

So sad to hear of Paul’s passing. I always enjoyed chatting with him when I came in. RIP Paul.