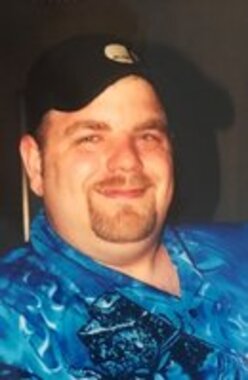 Back to Paul's story

Gloucester - Paul Robert Spanks passed away on Saturday January 12, 2019.
He was born in Gloucester, Mass., on September 7, 1977, to Kathleen (Spanks) Skrobacz Bragg and Mark A. Skrobacz Sr. Paul first attended Gloucester High school where you could find him hanging around the canal then later transferring to North Shore Regional Vocational High School where he discovered his love for culinary arts.
Paul started his cooking career employed at the Pilot House, White Rainbow, and Passports, to name a few. When Paul was not in the kitchen you could find him fishing off the state fish pier or anywhere for that matter. His passion for fishing turned into a career and he was a fisherman for the last part of his life. Most recently Paul was employed as a ground fisherman working on several different ground fishing boats throughout his later years in Gloucester, Mass. Paul found his peace and serenity on the water and was at his best out in sea. Paul knew his love for the ocean and on the fishing boat. Even on his fishing trips you could find Paul cooking for his crew mates.
Paul was the kind of person who would give you the shirt off his back and help you out no matter what he was going through. He had love for those around him and always a smile on his face.
Paul Robert is survived by his cherished daughter Juliana Madison Spanks, and her mother Jacqulina Schindler, both of Gloucester, Mass.; his father Mark A. Skrobacz Sr. and his wife Anna, of Patchogue, N.Y.; his mother Kathleen P. (Spanks) Bragg, formerly of Gloucester, Mass.; his brother Stevphen Skrobacz and his significant other Rachel; and his nieces Scarlet and Stevie-Rae all of York, Pa.; and many aunts, uncles and cousins who considered him a brother.

Paul's visiting hours will be in the Pike-Newhall Funeral Home, 61 Middle St., Gloucester, on Thursday, January 24, 2019, from 4 to 7 p.m. His funeral Mass will be celebrated in Our Lady of Good Voyage Church, 142 Prospect St., Gloucester, on Friday, January 25, 2019, at 9:30 a.m. Relatives and friends are invited. In lieu of flowers, contributions may be made to his Go Fund Me "Paul Spanks Funeral Arrangements" managed by his cousin Brittany Danikas, to assist in a fund for his daughter. For online condolences and register book, please visit www.pikenewhall.com.
Published on January 22, 2019
To plant a tree in memory of Paul Robert Spanks, please visit Tribute Store.

Plant a tree in memory
of Paul

A place to share condolences and memories.
The guestbook expires on April 21, 2019.