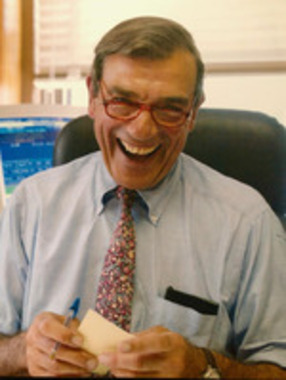 Back to Philip's story

Gloucester - Dr. Philip Lawrence Goldsmith, 79, died peacefully at his home in Gloucester, Massachusetts, on December 13, 2019, after a three-month battle with pancreatic cancer that he faced with courage, grace, and an inveterate sense of humor.
Born August 10, 1940 in Brooklyn, New York, he served as a medic in the U.S. Army from 1957 until 1960 before enrolling at Cornell University, where he received his undergraduate degree in Continental Renaissance History and Attic Greek in 1963. He graduated from Harvard Medical School in 1967 and remained in Boston and neighboring Brookline for the rest of his life. Phil was a primary care physician in private practice at 1101 Beacon Street in Brookline, while also serving as a Clinical Instructor in Medicine, and later, a part-time Assistant Professor of Medicine at Harvard Medical School and Brigham and Women's Hospital (formerly the Peter Bent Brigham Hospital). He was affiliated with the Brigham for the entirety of his fifty-year career in medicine, and was beloved by generations of patients for his respect, compassion, humor, and ability to provide comfort and levity when they were needed most.
Phil fell in love with Cape Ann, in the late 1960s, and enjoyed five decades of adventures in Rockport and Gloucester. In his younger days, he enjoyed racing sailboats out of Sandy Bay Yacht Club. Following his retirement, or "redirection," from medicine in 2013, Phil remained active in the community as a volunteer with the Thacher Island Association (of which he was an original charter member in 1981), Rockport Music, and the Lanes Cove Historical Association. Splitting time between Cape Ann and Boston, Phil spent the next six years taking on new endeavors in the city as well. He volunteered at the Lynn Community Health Center, the American Civil Liberties Union, and Horizons for Homeless Children in Jamaica Plain, in addition to attending classes, teaching, and performing in musicals such as "A Streetcar Named Retire" at the Harvard Institute for Learning in Retirement.
Phil loved the opera, a good snowstorm, the tomatoes he grew in his garden, and bone-dry gin martinis, straight-up. A doting father and attentive grandfather, he found time throughout his busy medical career to be a Little League coach, sailing instructor, and theater-going companion. Known for his charm, charisma, quick wit, and positive spirit even in his final days, Phil will be remembered fondly by the many communities to which he belonged.
Phil was predeceased by his adoring partner of 20 years, Melissa M. Boshco, and his brother, Jeffrey Goldsmith. He is survived by his children Sara Goldsmith Schwartz and her husband William E. Hannum III ("Will") of North Andover, Caroline B. Goldsmith of Queens, New York, and William M. Goldsmith ("Willy") of Washington, D.C., his brother Theodore Goldsmith ("Ted") of Brookline, his grandsons, Robert G. Schwartz III ("Robby") and Alexander G. Schwartz ("Xander") of North Andover, his stepson David C. Madrid of Delray Beach, Florida, his dear friend, Mary S. Savage ("Sunne") of Winchester, his rabbit Winston, and his devoted canine companion Alfie.
A private graveside service was held at Locust Grove Cemetery in Gloucester on December 17. A celebration of his life will be held in the spring at a time and location to be determined. In lieu of flowers, memorial gifts may be made to the Harvard Medical School, Class of 1967 Endowed Scholarship Fund by visiting http://hms.harvard.edu/give or by contacting Lucas Simpson at (617) 384-8639 or lucas_simpson@hms.harvard.edu. Arrangements by Greely Funeral Home, 212 Washington Street, Gloucester, MA 01930. Online guestbook available at www.greelyfuneralhome.com.
Published on December 19, 2019
To plant a tree in memory of Philip Lawrence Goldsmith M.D., please visit Tribute Store.

Plant a tree in memory
of Philip

Martha Regan
Thank you Phil for being a doctor like no other, interested in the person as well as providing the best of medical services.
View all