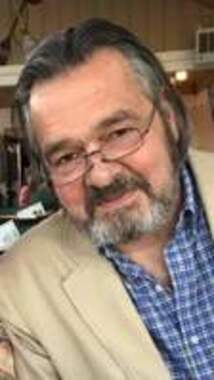 Back to Philip's story

Parker, Colorado - Philip F. Parisi passed away December 22, 2019 at his home in Parker, Colorado after losing a courageous battle with brain cancer.
He was born June 4, 1952 to his wonderful parents, the late William "Bill" and Sandra "Santa" (Polizzia) Parisi.
His graduating class awarded him "Best Looking" in their 1970 yearbook.
Phil worked at Tadco and Hammond Castle before moving to Santa Cruz, California. While he was in Santa Cruz he managed a Thrifty Drug store. He moved back to the East Coast and settled in New Hampshire before moving back to his home town Gloucester.
When his family took over Trupiano's Super-ette he began his new career as their top butcher. Phil loved working at Trupiano's and seeing all his old friends and family. He loved to cook and made many dinners for Central Grammar apartments. After Trupianos closed, he ventured out to Colorado where he worked at Sleep Number. Phil loved everything about Colorado including the weather, the mountains and concerts at Red Rock.
Every summer he came back to Gloucester and enjoyed the beaches, fried clams and seafood, cold cut sandwiches, tuna and cheese steak subs, and Jim's donuts and his family and friends. He also loved music and playing rhythm guitar for Johnny Car Wash. One of his high lights was when they played at Harbor Loop at one of the summer concerts and he did his first solo as a guitarist.
He will be greatly missed by the people who loved him. Phil is survived by his beloved girlfriend, Kim McAtee and her family; his brother, William and his wife, Judi (Muise) Parisi; loving sister, Grace Marie and her husband Mike Ciaramitaro, sister-in-law, Eileen (Leal) Parisi. His adored nieces and nephews, Cristina Marie Ciaramitaro and her son Nico. William Parisi, Michael and Lucia (Siragusa) Ciaramitaro and their twin girls Valentina and Giuliana. Michelle Parisi and her son, Chase Therault and John and Haley Parisi. He also leaves behind his best friend, Tommy Scola.
He was predeceased by his brother, John.


A celebration of his life will be held Sunday, January 5th at 10-1 p.m. at the Elks on the back shore. Family and friends are cordially invited to attend. Donations in his memory may be made to Dana Farber Cancer Institute, 450 Brookline Ave, Boston, MA 02215.
Published on January 2, 2020
To plant a tree in memory of Philip F. Parisi, please visit Tribute Store.

Plant a tree in memory
of Philip

A place to share condolences and memories.
The guestbook expires on March 31, 2020.

Grace
That would be nice Paula
Paula
Grace, I am out of the country until The first week of May so it’s not possible for me to be there for Phil’s memorial but please know I will look forward to arranging some time to see you when I return and send my love to you all at this very sad time.
Grace
Paula thank you so much. You were the love of his too. Always think about you. Please think about coming Sunday. We would love to see you.
Paula
To Grace, Mike, Billy, Judy and all your families, my deepest condolences. I still think of those wonderful days of Sunday Dinner and so sorry it couldn’t be that way forever... Philip was that “once-in-a-lifetime”person for me and I will never find his equal .......
Paula D’Andrea
The love of my life...