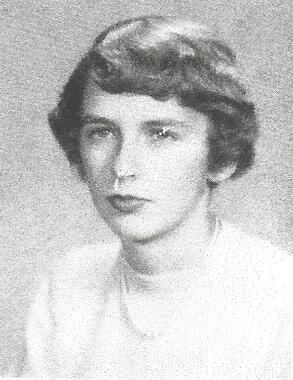 Back to R. Leslie's story

Mrs. R. Leslie (Anderson) Roberts, 82, of Gloucester, beloved wife of the late Ronald F. Roberts, died peacefully on May 31, 2016 in Beverly Hospital after a short illness.
Born in Gloucester, she was the daughter of the late Charles O. Anderson Sr. and Ruth (Johnson) Anderson.
Leslie was ahead of her time in many ways. She was a business woman and assisted her family run business in Gloucester. For many years she was the proprietor and administrator of Cape Ann Fire Appliance and Recharging Service. Their service over the years was marked by courteousness, prompt and efficient treatment to all of their customers. Mrs. Roberts was also the proprietor of Andy’s Storage Service in Gloucester.
A woman of many friends Leslie loved to enjoy nature whether she was camping in New Hampshire, Maine or Vermont with her husband and children or just sitting outside of her home with her family and close friends by the fire. She was a longtime NASCAR season ticket holder and would travel down the east coast with her dear friends Pat & Angela Marshall to all of the races. Leslie was also a local supporter and proud sponsor of Howie Lane Racing of Essex. She was a loving wife, mother, grandmother and friend who will be deeply missed.
She is survived by her sons, Ronald A. Roberts and Donald F. Roberts, both of Gloucester; her two grandchildren, Jesse Roberts and Megan Roberts of Gloucester, her dear friends, Mary Godwin, Gina Lampassi and Maryann and Bill Porper. She was also the sister of the late Charles Anderson Jr.
A Celebration of her life will be held at a later date. Assisting the family with the arrangements is The O'Donnell Funeral Home 46 Washington Sq. (At Salem Common) Salem. In lieu of flowers, expressions of sympathy may be made in Leslie’s memory to the Sepsis Alliance, www.sepsis.org. To share a memory or offer a condolence, please visit www.odonnellfuneralservice.com.
Published on September 16, 2016
To plant a tree in memory of R. Leslie (Anderson) Roberts, please visit Tribute Store.

Plant a tree in memory
of R. Leslie

A place to share condolences and memories.
The guestbook expires on December 14, 2016.