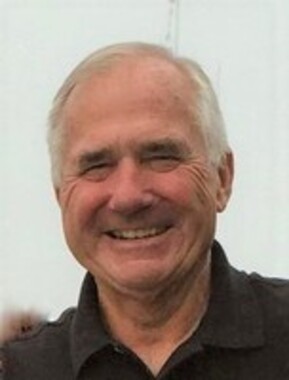 Back to Raymond's story

Rockport - Raymond "Ray" Pszenny, 79, of Rockport, husband of Elizabeth (Ciarametaro) Pszenny, passed away surrounded by his loving family at the Kaplan Family Hospice House in Danvers on Tuesday, December 3, 2019. Ray was born in Salem, Mass. on September 16, 1940. He was the son of the late James and Helen (Hudek) Pszenny.
After graduating from Salem High School with the class of 1958 Ray served in the U.S. Air Force. He graduated from Northeastern University where he studied engineering. He was married to Elizabeth for 55 years and the proud father of three daughters. He enjoyed a 40 year career at Gloucester Engineering where he forged many life-long friends.
Ray was a member and P.E.R. of Gloucester Elks Lodge, a member of the American Legion of Rockport, a volunteer for Thacher Island Association, and a proud participant of the R.O.M.E.O. Club of Cape Ann.
He spent many winters in Marco Island Florida where he formed solid friendships while relaxing by the pool and watching the Patriots win multiple Superbowl Championships.
His pride and joy was his family. They spent many hours enjoying the simple pleasures of good conversation and strong coffee. Ray was known for his genuine smile and helpful strong spirit. He was quick to lend a hand to anyone in need. He was known around Rockport as an all around good guy.
He is survived by his wife, Liz, his children; Theresa Scatterday and her husband, Doug, Darlene Trumbour and her husband, Rob, Marybeth Murphy and her husband Paul all of Rockport; sister Phyllis Swindler of Virginia and seven grandchildren, Nicholas and Joseph Scatterday, Sophie and Kiva Trumbour, Sarah, Colleen and Michael Murphy. He was predeceased by his sister, Helcia Carroll and brother, Ted Pszenny.
Visiting hours will be held in the Greely Funeral Home, 212 Washington St., Gloucester on Sunday, December 8, from 2 to 5 p.m. Family and friends are cordially invited. His funeral service will be celebrated on Monday, December 9, at 11 a.m. at the First Congregational Church of Rockport, 12 School St., in Rockport 01966. Burial will be held privately at a later date. In lieu of flowers, contributions may be made to Thacher Island Association, c/o Paul St. Germain, P.O. Box 73, Rockport, MA 01966. Online condolences may be given at: www.greelyfuneralhome.com.
Published on December 6, 2019
To plant a tree in memory of Raymond Pszenny, please visit Tribute Store.

Plant a tree in memory
of Raymond

A place to share condolences and memories.
The guestbook expires on March 04, 2020.

Anne and Steve Engel
Dear Liz and family-
We just heard about Rays passing and are so sorry for your loss.
We both worked at Gloucester Engineering with Ray and have many fond memories.
Our sincere condolences.
❤️
Anne and Steve Engel
Theresa Mitchell
Liz and family: We are so saddened to hear of Ray’s passing. We will always remember our Fourth of July celebrations in Rockport with him. Ray always made us feel so welcome, just like family. He always had the biggest and brightest smile on his face. Thank you for sharing your Ray with us. We send you our love and heartfelt condolences. Tim, Theresa, Georgia & Victoria Mitchell
Mark Silva and Sharon McDonald
Ray was an amazing human being who will truly be missed by so many who knew him. Unforgettable in so many ways. So very sorry for your loss.
Kathy Morris
So, so sorry to hear of Ray's passing. He was a truly good human being. He had such a great soft kind way about him and was always ready to help. Liz, my heart goes out to you and the girls.
Joan MARTIN Greener
Ray was one of our best and beloved childhood friends growing up on Tremont Place & Irving St. Many wonderful years of memories? He always looked out for us my and Carol Cudmore! Loved him, and so sorry for your loss! A beautiful being💔😥
Carol PARSONS
Liz, I am so sorry to hear of Ray's passing. I really enjoyed the time when we were neighbors. My thoughts and prayers are with you and your family. With sympathy, Carol
Rosalie and John Wright
Uncle Ray will be dearly missed.
He always had a smile on his face, always willing to help anyone who needed it.
Always with a positive outlook on life.
He loved and was so proud of his family.
He will be sorely missed by all.