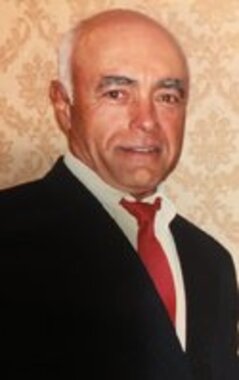 Gloucester - Retired Gloucester Police Lt. Robert E. Bolcome Jr., 79, of Gloucester passed away on Sunday morning, January 6, 2019, in Gloucester following a lengthy illness.
Bob, as he was known to family and friends, was born August 17, 1939, in Gloucester, Mass., to the late Robert E. Bolcome Sr. and the late Eleanor (Grace) Bolcome. A lifelong resident of Gloucester, Bob was a graduate of Gloucester High School, class of 1957. He went on to attend Massachusetts Maritime Academy where he received a Bachelor of Science degree in Marine and Electrical Engineering in 1961. He received his Master of Science degree in Criminal Justice from Anna Maria College in 1983.
Bob worked for a number of years as an engineer in the Merchant Marines, and for Boston Edison Company. Changing careers to be closer to home and to spend more time with his growing family, he joined the Gloucester Police Department as a Patrolman in 1970, was promoted to Sergeant in 1978, and, in 1981, was promoted to the rank of Lieutenant. He retired in 2001 after serving the City of Gloucester for 31 years as a respected member of the police force.
Bob was an extremely hard worker who strove to provide the best life and advantages for his family while also instilling in his children a strong work ethic and sense of self and integrity. He was an active and devout member of Our Lady of Good Voyage Church. Bob loved nothing more than being a “Grampy” and treasured the time he spent with his family. He often spent time with his family in Maine, at the beach, on the ocean, fishing, shooting and hunting. He delighted in the birth of each new grandchild, marveling that he never knew he could love them as much as his own children. An avid fitness enthusiast, Bob could often be seen running the Back Shore or working out at the Manchester Athletic Club.
He is survived by his daughter, Heather (Bolcome) Spellman and her husband, James Spellman, of Derry, N.H.; son, Robert E. Bolcome III and his wife, India Bolcome, of Cohasset; daughter, Stacy (Bolcome) Perry and her husband, Massachusetts State Trooper Michael Perry, of Boxford; son, Jason M. Bolcome of Lynnfield; and son, Massachusetts State Trooper Zachary J. Bolcome of Georgetown. He is the cherished Grampy to Rachel and Jacob Spellman, Caleb Bolcome, Colin and Lydia Perry, Camilla Bolcome and Robert E. Bolcome IV. He is also survived by his sister, Janet Thompson of Brewer, Maine; his brother, Martin Bolcome and his wife, Cyndi, of Rockport, Mass.; his sister, Eleanor Bertolino and her husband, Andy Bertolino Sr.; and sister, Christine Hammond and her husband, Gerard, all of Gloucester. He is also survived by many nieces and nephews.
Bob was predeceased by his first wife Linda (Randall) Bolcome, his son R. Scott Bolcome; his sister Mary Ann (Bolcome) Dulany; and his brother Richard Bolcome.

Visiting hours will be in the Pike-Newhall Funeral Home, 61 Middle St., Gloucester, on Friday, January 11, 2019, from 4 to 8 p.m. The funeral Mass will be celebrated in Our Lady of Good Voyage Church, 142 Prospect St., Gloucester, on Saturday, January 12, 2019, at 9:30 a.m. Interment will be in Calvary Cemetery, Gloucester. A reception will follow at Tavern on the Harbor, 30 Western Ave., Gloucester. In lieu of flowers, donations can be made in Bob’s memory to Our Lady of Good Voyage Church, or to the Trustees of the Reservation. For online condolences and register book, please visit www.pikenewhall.com.
Published on January 9, 2019
To plant a tree in memory of Retired Gloucester Police Lt. Robert E. Bolcome Jr., please visit Tribute Store.

Restore the guestbook to view the 7 more posts by family and friends, and share a memory or message of condolence of your own.