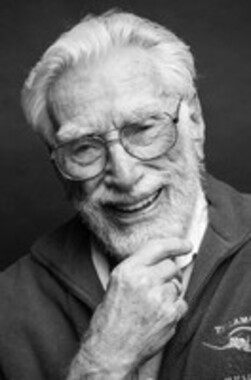 Back to Richard's story

Ipswich, MA - Richard Colesworthy Poore, a long term resident of Rockport, and lover of Cape Ann, passed away peacefully on Thursday January 9, 2020 in Ipswich, Ma. at the age of 98. He married his childhood friend Marjorie R. Whilton (November 23, 1922- December 20, 2014), who he met at Plum Cove Beach in Lanesville when he was only four years old. He was a lieutenant in the U.S. Navy and served as a naval aviator and flight instructor in World War II. He later graduated from Northeastern University and after a long career in the field of engineering, Richard and his wife Marge moved back to their roots on the North Shore to own and manage the Whittier Motel in Ipswich. He was committed to community involvement, most recently as a protector of public access to the Rockport shoreline through the Rights of Way Committee. He was also a member of the International Rotary Club visiting them everywhere he traveled and was even given the key to the city of Gloucester, England. Larger than life, he made an impression on everyone he met. He was passionate about family, flying, golf, travel, politics, water resources, and loved to impart his wisdom on how to solve many of the problems plaguing us in the 21st century. Richard and Marge raised four children. Richard C. Poore Jr. (November 3, 1946-November 9, 1993), Deborah A. Bogart, Jonathan F. Poore and Cynthia G. Wallick. He leaves 11 grandchildren and 10 great-grandchildren.
A Memorial service to celebrate his life will be held at the Annisquam Village Church at 820 Washington Street, Gloucester on Saturday, January 25 at 11 a.m. Family and friends are cordially invited. In lieu of flowers, memorial donations may be made in Richard's name to Care Dimensions or charitywater.org. Arrangements are by the Greely Funeral Home, 212 Washington St. Gloucester. Online condolences may be given at: www.greelyfuneralhome.com.
Published on January 16, 2020
To send flowers to the family of Richard Colesworthy Poore, please visit Tribute Store.

Send flowers
in memory of Richard

A place to share condolences and memories.
The guestbook expires on April 14, 2020.