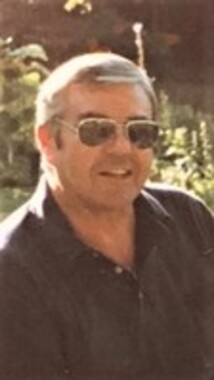 Back to Richard's story

Rockport - Richard A. Reed, 88, of Rockport, husband of M. Linda (Leahy) Reed, passed away on Thursday, December 5, 2019, at the Seacoast Nursing and Rehabilitation Center, surrounded by his loving family.
He was born in Medford, Mass., on September 23, 1931, son of the late William and Florence (Mongeau) Reed. He proudly served in the United States Army Air Corps.
He worked as an Electromechanical Technician for several companies throughout his career. In his later years, he worked in real estate. Richard had a great passion for golfing and also enjoyed a good day out fishing.
The family would like to thank Addison Gilbert Hospital and Seacoast Nursing and Rehabilitation Center for the exceptional care that he received.
He is survived by his wife of 42 years, M. Linda Reed of Rockport; two daughters, Beth McCuish of Salem, Mass., Jill Wortman and her husband Charles of Leesburg, Va.; two sons, Scott Russell and his wife Tina of Rockport, Mass., Robert Reed and his wife Amy of Rochester, N.Y.; nine grandchildren, Lindsay and Ryan Reed, Melyssa and Devin McCuish, Kristen Miller, Ryan Bitzer, Dylan, and Curtis Russell, Shayla and her husband Derek Osmond; four great-grandchildren, Tucker Frodyma, Adeline Russell, Ollie and Ella Mae Osmond; special great-niece, Amber Frontiero and several nephews.
He was predeceased by his sister, Vesta Symes.

His memorial Mass will be celebrated at St. Joachim's Church, Rockport, on Saturday, December 14, 2019, at 12 p.m. Relatives and friends are cordially invited to attend. In keeping with his wishes, there will be no visiting hours. His ashes will be scattered in the future.
In lieu of flowers, contributions may be made in his name to The Christmas Tree Committee of Rockport, c/o Doreen Carter, 2 Mary Helen Way, Rockport, MA 01966. Please make checks payable to Christmas Tree Committee.
Arrangements by Greely Funeral Home, 212 Washington Street, Gloucester. For online condolences, please visit www.greelyfuneralhome.com.
Published on December 9, 2019
To plant a tree in memory of Richard A. Reed, please visit Tribute Store.

Plant a tree in memory
of Richard

A place to share condolences and memories.
The guestbook expires on March 07, 2020.

Larry Breakell
So sorry for your loss. Our prayers go out to you and your family.
View all