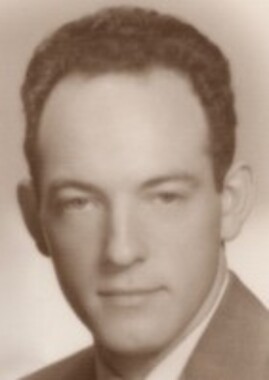 Gloucester - Robert M. Green went gently from this world on November 16, 2019 at his Gloucester home. He was predeceased by his beloved wife of 68 years, Mary-Jane Green, and by his equally beloved son Robby who died in 1972. He was also predeceased by his brothers and his sisters-in-law, William and Dot Green and Raymond and Irene Green. He took great joy and pride in his daughters, Susan Green of New York City, and Margi Green and Sarah Green of Gloucester, and loved his nieces, nephews, son-in-law and step-granddaughter.
Born in Northborough, Massachusetts, Rob served in the Navy in both WWII and the Korean War. He obtained a degree in Chemical Engineering from Worcester Polytechnic Institute and taught graduate level courses at Northeastern University. He moved to Rockport in 1965 with Mary-Jane to raise their family. In 1986 with the family grown, they left to explore far-flung parts of the country, returning to Cape Ann in 2002 to settle in Gloucester. He was devoted to his family, and encouraged his children to listen to their inner voice and pursue their dreams. They shared the natural world with him through fishing, fireflies caught in a jar, and the joys of gardening. He was a true animal whisperer and could find a four-leaf clover anywhere.
His professional career as a chemical engineer spanned 50 years, first working for the Foxboro Company and Arthur D. Little, then as an independent consultant. He traveled the world serving major corporations and was most proud of a project in the Netherlands developing industry in a small university town so that students would not have to move elsewhere for work, keeping families together. A colleague called him a thoughtful, intelligent, and supportive teammate who loved to learn and never stopped.
He could fix anything. A master of puns, Rob was known for his sense of humor and always read the comics first. His family treasured the hand-drawn cards and personal stories he gave them on birthdays and Christmas. He loved his art classes at Rose Baker Center and his raised garden bed, which brought him closer to his neighbors. He appreciated a well-made Gibson and a fine cigar, especially the Cubans his daughter smuggled home. He was a long-time member of the Red Barrel Pub dart team. Rob will be remembered for the twinkle in his eye and his winning smile.
There will be a private service at a later date. Gifts in his memory may be made to Backyard Growers http://www.backyardgrowers.org/donate or Care Dimensions https://give.caredimensions.org. Arrangements by Campbell Funeral Home.
Published on November 21, 2019
To plant a tree in memory of Robert M. Green, please visit Tribute Store.

A place to share condolences and memories.
The guestbook expires on February 19, 2020.

A memorial tree was planted in memory of Robert M. Green.  Plant a tree

Peter Souza
Played on the Red Barrel Dart team in the 70's with Robbie.....he left his mark on many people. Kind, interesting and fun to be around. Lots of good memories. Condolences to family and friends alike.