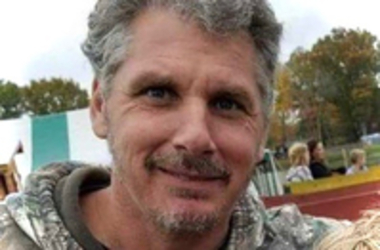 Back to Scott's story

He was born in Gloucester on May 7, 1973, to Herbert T. Woodington and the late Marcia (Swanson) Flygare.

Scott grew up in southern N.H. but has lived in Gloucester for the last 30 years. His greatest joy in life was the birth of his daughter Brianna who made his world brighter. Fishing, camping, and car racing were a few of his favorite pastimes. He also loved hanging out with his friends especially his buddy Butch.

He worked with Cape Ann Landscaping for over 20 years and also was a talented craftsman.

Scott is survived by his daughter Brianna Leigh Woodington and her mother Leigh Flygare of Gloucester; his father Herbert T. Woodihngton and wife Cate of New Port Richey Fla.; his sister Heidi wife of Gerard Nash of Brandon, Fla.; his half-sister Crystal wife of Scott Stewart of Gilford, N.H.; his niece Rebecca and nephew Shawn English; and his nieces Jasmine and Aria Stewart. He is also survived by four aunts, two uncles, and many cousins.

A celebration of Scott's life will be held at the Gloucester Fraternity Club at 27 Webster Street, Gloucester, on Thursday, February 20, from 4:30 to 7:30 p.m. where family and friends are welcome.
Published on February 18, 2020
To plant a tree in memory of Scott Eric Woodington, please visit Tribute Store.

Plant a tree in memory
of Scott

Nancy Scola
I will never forget the fun we had when our folks would play cards on Saturdays. We had alot of fun in Exeter too. My love to Herbie & Heidi , to Brianna & Leigh. Scotty was a great kid.
Deborah Guyer
So sorry to hear of the passing of Scott remember him coming over my sister in law dot house my thoughts and prayers go out to the family.
Love, Dad and Cate

Ocean Breeze Spray was purchased for the family of Scott Eric Woodington by Love, Dad and Cate.  Send flowers

Terry Airasian
I'm stunned to learn of Scott's passing. He was my handyman for the past few years. Always responsible & efficient. My sympathies.
Bethany MacNicholl
We had so many great times back in the good ol’ days. I was shocked and saddened to hear of your passing. Even though we didn’t see each other often in recent years you would still always give a nod and a wave if we bumped into each other. Rest easy, old friend. See you of the other side of the pipeline.
Christine Welch
Scott you were an old friend but no matter how long it had been you always said hi gave me a hug and was the kind of friend who would always be there if you needed him. You were battling some demons and I am saddened by your death. You were taken too soon my heart goes out to his daughter and Leigh and the rest of his family and friends. You will be missed by everyone that knew you. RIP my friend til we meet again
View all 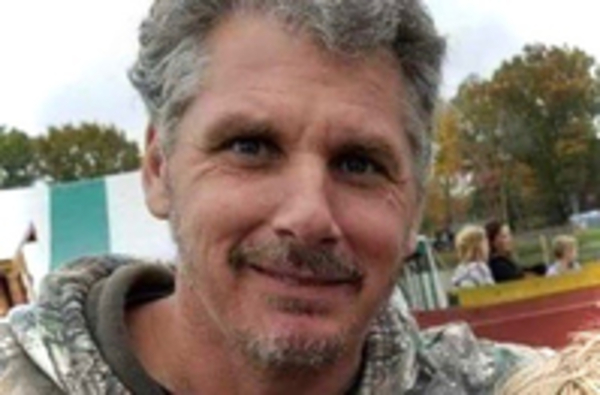