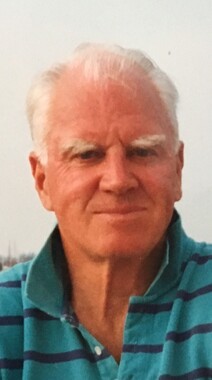 Back to Sears Condit's story

Sears Condit Winslow (Nick), 89, died peacefully at home on Feb.12, 2017.
Born and raised in Boston, to Andrew and Elinor Winslow. Graduated from Rivers Country Day, Brooks School and attended Nichols College until joining the Naval Air Reserve Training Program during the Korean War. In 1952 he married Carolyn (Cush) Crocker and made Manchester, MA their family home for over 50 years. Nick’s interest in business systems and new technology led him to partner with Ted Haskell and Robert Harding. They formed Systems Automation, Inc. which grew quickly in the Boston area providing companies with office automation, computer networking and training during the very early years of computers. At this time he also partnered with, Raymond and Whitcomb Travel, in the ownership of America’s oldest travel agency where he was instrumental in creating business incentive programs for major companies. An avid Bruins fan and skier, Nick was a former President of the Boston Madison Square Garden Club and Ski Club Hochgebirge and was on the boards of Essex County Club, the Manchester Yacht Club and the New England Ski Museum. After retirement and the onset of Parkinson’s disease Nick spent time following his favorite endeavors with family and friends sailing, skiing and watching the moon rise over the White Mountains from his house in Franconia, NH. In 2009 Nick and Cush moved to Edgewood in North Andover where Nick was graciously cared for until his death. Whenever asked how he was doing Nick would always respond, “nothing to complain about”. He brought much joy and laughter to many in his lifetime and he will be remembered for his sound advice, business acumen, curiosity and a plethora of good natured pranks. He leaves his wife of 64 years, Carolyn C. Winslow; his daughters Wende Beck and her husband Tim Beck of Norwich, VT and Elinor “Lili” Winslow and partner Jim Weitz of Cambridge; his grandchildren, Anna Beck Bimba, Sam Beck, their spouses and Chris Beck; his three great-grandsons; his sister, Judith Walcott and partner, Peter Anastas; his sister-in-law Nancy J Winslow and many nieces, nephews and friends. He was predeceased by his sons, Robert N Winslow, Charles Todd Winslow and his brother, Peter L Winslow.
A celebration of his life will be held at the Essex County Club, Manchester, 11 a.m., May 6th. Memorial donations may be made in Nick’s name to: The New England Ski Museum - P.O. Box 267, Franconia, NH 03580; Michael J. Fox Foundation - P.O. Box 5014 Hagerstown, MD 21741; Special Olympics of Massachusetts - 512 Forest St, Marlborough, MA 01752. For online condolences, please visit www.contefuneralhomes.com.
Published on February 23, 2017
To plant a tree in memory of Sears Condit Winslow, please visit Tribute Store.

Plant a tree in memory
of Sears Condit

A place to share condolences and memories.
The guestbook expires on May 23, 2017.