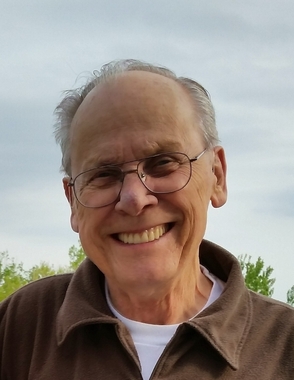 Back to Stephen's story

Stephen D. Landry, 86, of Merrimack, N.H. died peacefully on Wednesday morning, September 6, 2017 with his daughter, Susan Choiniere, by his side.
Survived by son, Stephen Jr. and his wife, Kathleen; son David and his wife, Anne; daughter, Susan and her husband Michael; daughter Lynn; and son, Charles and his wife Betty. Steve is also survived by nine grandchildren and nine great-grandchildren, whom he loved deeply and shared weekly traditions with.
Steve was born on October 9, 1930 in Gloucester, the son of Morris and Frances (Dias) Landry. He was a graduate of Gloucester High School and earned his business degree at the University of Nebraska while serving in the military. Steve was the beloved husband of late wife Mary (Longo) Landry, who he was happily married to for 58 years prior to Mary’s passing in 2010. Known for his dedication to his country, Steve faithfully served in the U.S. Army for 20 years, including a tour in Korea and two tours in Vietnam. Awarded both a Purple Heart and Bronze Star, Steve retired from the Army as a decorated Major so he could spend much-deserved time with Mary and their five children.
Steve’s unwavering loyalty extended beyond his country to his family. Known for being an avid bowler, Steve’s enthusiasm for the sport extended to his sons who, along with his wife, played in several leagues with him in Lowell. Steve also shared his passion for golf with his sons and wife, who he graciously supported when she got a hole-in-one on her first round of golf. An enthusiastic reader and skilled craftsman, Steve enjoyed making furniture for his children and grandchildren, from tables to Adirondack chairs. Steve spent as much time as possible with his family and especially loved bonding with his daughters over camping trips and the challenge of a good puzzle.
Through his final days, Steve never lost his endearing charm and wit, making his loved ones laugh until his final breaths. He loved the Patriots with every fiber in his body and some of his final words were about the upcoming season. While Steve’s family feels a deep sense of loss without their beloved Patriarch, they consider themselves blessed to have shared so many cherished moments with him and take great comfort, knowing that Steve is undoubtedly dancing with Mary to his playful version of one of their songs, “I love you, for 70 mental reasons…”
The family is planning private services. The Rivet Funeral Home in Merrimack, N.H. is in charge of the arrangements.
In lieu of flowers, donations may be sent in Steve’s name to Home, Health & Hospice, C/O Community Hospice House, 7 Executive Park Drive, Merrimack, NH 03054.
To leave an online condolence for the family, please visit rivetfuneralhome.com.
Published on September 9, 2017
To plant a tree in memory of Stephen Landry, please visit Tribute Store.

Plant a tree in memory
of Stephen

A place to share condolences and memories.
The guestbook expires on December 07, 2017.