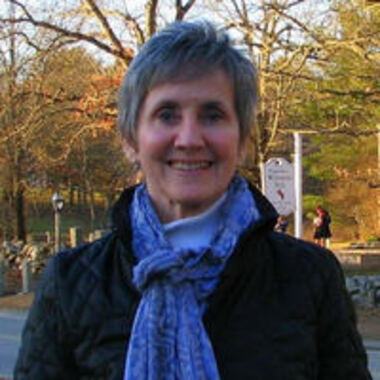 Back to Susan's story

Ipswich, MA - Susan Manning O'Briant, passed away on Dec. 22, 2019, surrounded by family. She was the daughter of the late Arline Welsh Manning and Paul W. Manning, and wife of the late Robert E. O'Briant.
Born Nov. 7, 1947, she was a graduate of King Philip Regional High School in Wrentham, Mass. (class of 1965), and Memphis College of Art in Memphis, Tenn., where she was a scholarship student and earned her Bachelor of Fine Arts degree in 1969.
Susan worked as a commercial photographer and a self-employed graphic designer for over 30 years. After her career in advertising, she began oil painting. She was a juried member of the Rockport Art Assoc. and the North Shore Arts Assoc. in Gloucester, where she served on the Board of Trustees. She was also a member of the Lexington Chapter of the Daughters of the American Revolution.
Susan was the sister of the late John B. Manning of Plainville, Mass. She leaves behind her twin brother, Stephen Manning, and his wife Armanda of Pawtucket, R.I. She was the loving aunt of Angela Manning and her partner David Clement, as well as their daughters, Desja and Riley of Rehoboth, Mass. Susan also leaves behind many cousins, family, and adored friends.
Relatives and friends are welcome to gather at 11 a.m., Sat., Jan. 4, at the Mackey Funeral Home, 128 S. Main St., Route 114, Middleton, MA, followed by a memorial service at 12 p.m. In lieu of flowers, donations may be made to the Cystic Fibrosis Foundation, (www.cff.org). A private burial service will be held at Pine Grove Cemetery in Westborough, Mass., at a later date.
Published on December 30, 2019
To plant a tree in memory of Susan M. O'Briant, please visit Tribute Store.

Plant a tree in memory
of Susan

A place to share condolences and memories.
The guestbook expires on March 28, 2020.

Patsy Kerns Meyers
I will always remember Susan and her infectious accent. She taught me how to properly pronounce Baaston while we attended the MAA. I am happy to read that she led a full life, but saddened to know that it was cut too short.
Barbara Larsen
Susan was a classmate and fellow art class member. We shared a love of art but she went on to follow her talents.... She was extremely talented and I was so lucky to have called her my friend. She is very much loved and will be missed by all who knew her.....
Sam Pannier
The most talented artist I have ever had the pleasure of having contact with. A beautiful heart, a beautiful soul. She left an imprint on this world and everyone she came in contact with. I feel so blessed having known her.
View all