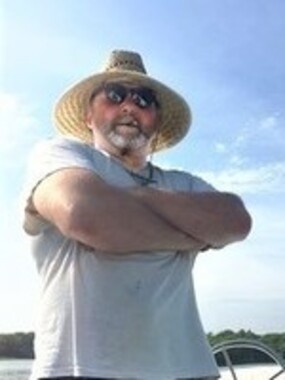 Back to Theodore's story

Gloucester - Ted Suchecki, beloved by his family and many friends and co-workers around the world, passed away suddenly on November 21, 2019, while vacationing with his adored wife Lauren at the beautiful Bougainvillea Hotel on the island of Barbados.
Ted was born in Salem, Massachusetts, in 1957, to Wladek Michael "Willy" and Galushia Andrzejewska "Gail" Suchecki.
He attended Salem public schools and participated in the Sea Scout program along with many of his childhood and lifelong friends. The sea was a lifelong love. He moved to Gloucester with his Boston Whaler and never left. He attended Essex Agricultural and went on to the University of Massachusetts, Amherst, where he took a degree in Environmental Engineering.
His skills and detailed general knowledge were almost limitless: once when asked by a stunned microbiologist where he had gone to school, Ted replied, deadpan, "Salem High." His mind was brilliant and curious and his wit infectious. He was a jack of many trades and a master of most of them.
He tended bar for many years while working in construction and ultimately made his career in film as an industry-leading construction coordinator on such films as The Departed, Patriot's Day, and more than sixty other motion pictures.
He worked also internationally as a film producer on London Boulevard. In the construction union, he served as Vice President of IATSE local 481.
He married his wife Lauren Ashly (Fondiller) Suchecki in 1993 in a ceremony at Good Harbor Beach remembered by many as the best wedding anyone has ever attended.
Ted built Lauren the house of her dreams and they renewed their vows on their 20th anniversary on the dock of their home on the Little River. Ted and Lauren met when Lauren found Emma hanging around with Ted. He cut the sleeve off of his tee shirt and put it on her as she was missing her bandanna that day. Ted remarked, "She looked naked." Ted was a lifelong animal lover and adored his dogs Emma, Sophie, and Tulia Theodora, just as they adored him.
Ted hated winter and preferred shorts and flip flops to any other form of dress. He celebrated his 60th birthday in Havana, Cuba, and was happiest out on the water on his Boston Whaler or his cabin cruiser the Lizzie B.
Motorcycles were a lifelong passion. He loved off road, long distance, and doing "the Hogan" around Cape Ann on one of his many motorcycles. He left friends wherever he went in the world.
He would help anybody at any time and his byword to friends on the West Coast or in England was always "Remember, I'm only five hours away." Rarely did anyone meet Ted as a friend and not learn to rely upon him for the rest of their lives.
His outsize frame was exceeded only by his grace, wit, decency, kindness, and generosity of spirit. He is very sorely missed by his family and many devoted friends on Cape Ann, in Salem, and around the world.
Ted is survived by his wife, Lauren; his brother, Chester of Gloucester, Mass.; his nephew, Paul Suchecki of Maine; and his partner Tina Dowd; a niece, Madison Suchecki; his father-in-law, Bruce Fondiller; his brothers-in-law, Patrick Fondiller of New York, and Michael Fondiller of New Jersey; sisters-in-law, Nicole Barletta and Danielle VanBuskirk; and nieces and nephews, Christian Barletta, Troy Zbig, Dillion Feldman, Olivia Van Buskirk, Hannah Barletta, and Joseph VanBuskirk. He was predeceased by his parents, Wladek Michael "Willy" and Galushia Andrzejewska "Gail" Suchecki.

Ted, as he would say himself, throw a big wake, and therefore a party in Ted's honor and in celebration of his life will be held at the The Elks at Bass Rocks, 101 Atlantic Road, Gloucester, MA, on Sunday, December 15, 2019. His life will be memorialized 2 to 4 p.m. by his many friends, and the party starts at 4 p.m. Weather allowing, flip flops and shorts are the preferred form of dress. In lieu of flowers, Ted advises doing something nice for the people that you love.
Arrangements by the Greely Funeral Home, 212 Washington Street, Gloucester, MA. For online condolences, please visit www.greelyfuneralhome.com.
Published on December 10, 2019
To plant a tree in memory of Theodore J. Suchecki, please visit Tribute Store.

Plant a tree in memory
of Theodore