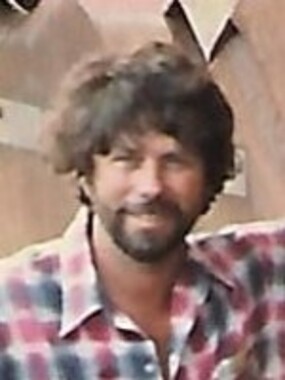 Gloucester, MA - Thomas P. Burns, 78, of Gloucester, passed away unexpectedly at his home on January 9, 2020.
He was born in Gloucester on January 16, 1941 and was the son of the late William Burns and Tina Santapaula.
From a very early age Tommy had a passion for working on cars and became a talented mechanic. He worked for North Shore Plymouth during the muscle car era of the 60's. Tommy loved those cars and loved racing them as well. He quickly gained the respect of his fellow street racers. It was a great time in his life and he had many stories from those days. After his years as a mechanic, Tommy headed South to help build the Chesapeake Bay Bridge Tunnel and worked on a tugboat alongside his Uncle "Shorty". He brought his Plymouth Road Runner with him and continued to drag race with the kids in Virginia while he was there. Tommy always loved the ocean and loved lobstering. He was especially proud of his 42' Bruno lobster boat the "Arethusa". He was the first one in town with a boat like that, earning him the nickname "Father Bruno". He was very knowledgeable about old ships and schooners and Captained the 150' schooner "Pilot" in the early 90's and loved to take people for rides during storms. Tommy kept lobstering for the rest of his life with his son Cody by his side for many years. He would often help out his fisherman friends in need of a good mechanic. When Tommy wasn't lobstering he liked to hang around at Capt. Joes and with his best friends, Harrison Golden, Dave Williams, Lebaron Hazen and Dave Goeteman. He also loved going to Todd's farm on Sundays. At home in his older years, Tommy liked to work on his collection of outboard motors. He also enjoyed watching classic movies and listening to oldies music. Some of his favorites were Elvis Presley and Johnny Cash.
Tommy will be greatly missed by all those who knew him. He is survived by his sons Sean and Cody Burns and their mother Lindsay and her sister Leslie Parkhurst; his daughters Deborah and Denise Burns and their mother Gerry; his daughter Julia Heffernan of Portsmouth, England; his daughter-in-law Candice Pierce and his grandchildren Krystalyn Burns, Kamron Diaz; his sister Cheryl Graham of Florida and his cousin Jim Santapaula and his two sons, Jimmy and Andy.
A Celebration of Life will be held at the Emerson Inn in Rockport on Thursday, January 23, 2020 from 5 to 7 p.m. Family and friends are cordially invited. Arrangements are by the Greely Funeral Home, 212 Washington St. Gloucester. Online condolences may be given at: www.greelyfuneralhome.com.
Published on January 17, 2020
To plant a tree in memory of Thomas P. Burns, please visit Tribute Store.

A place to share condolences and memories.
The guestbook expires on April 15, 2020.

Deborah Burns
Dear Dad, i can remember when you used to pick me and denice up when we were little, you never missed a saturday, you brought us down the high school with 2 brand new bicycles in tow and taught us how to ride them, i'll never forget you Dad and i'll never forget those saturdays i'm all tore up over your passing i love you Dad;
love, Debbie
David Jacobs
tommy will be missed for sure he was a long time friend R I P my friend
Seb Scola
Tommy was always a very good friend to my dad Paul Scola. He always had a smile on his face and a big warm greeting when I would see him. He told me a very nice story about he and my dad doing plumbing work together that I shared in my dads eulogy. RIP Tommy.
scott kallio
we had a lot of good times "burnsey". we will miss you!!!!
View all