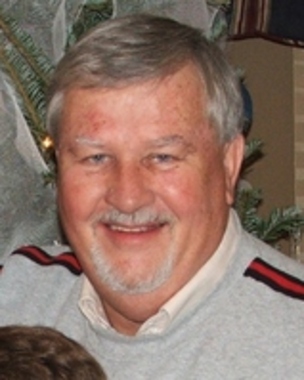 Gloucester, MA - Thomas (Sully) Henry Sullivan Jr., 77, husband of Susan E. (Dexter) Sullivan, of Gloucester Ma, passed away peacefully with his wife by his side, on Monday, December 9, 2019 at Seacoast Nursing & Rehabilitation Center. He was married to the love of his life for 53 years.
Tom graduated from Gloucester High School; Class of 1961 and held the honor of Class President. He was a graduate of Norwich University, Class 1965; The Military College in Northfield Vt. and joined the United States Army. For his service in the Vietnam War, the U.S. Army awarded him both the Purple Heart & Bronze Star. Before retiring, he had successful careers with Xerox Corporation, Rochester, NY, Digital Equipment Corporation, Merrimack NH and Cape Ann Transportation Authority (CATA) in Gloucester.
In addition to his wife Susan, he is survived by his three children Kerry Warzecha (Keith) of Glastonbury CT, Bridget Sullivan (Scott Sharp) of Westfield, IN and Tim Sullivan (Lee) of Las Vegas, NV. He has one adored grandson, Kyle Warzecha. They shared a passion for sports & loved bowling and watching European Soccer together. He will be greatly missed by his lifelong friends, Dave and Barbie Bader, with whom he & Sue spent most Sundays cheering on their favorite football team, the New England Patriots.
He is also survived by his sister Frankie Nicastro (Philip); sisters and brother-in-law Steve and Dawn Dexter, Judith Dexter, Christina and Richard Rhodes, Kathleen Hurlburt, Rebecca and Francis Aliberte and Roberta Dexter. He has dozens of beloved nieces, nephews and many close friends. He was predeceased by his parents, Thomas and Bridget Sullivan; Mother and father-in-law, Harold and Eleanor Dexter, In-laws Norma Dexter, Arthur Hurlburt, Paul Dexter, Clark and Geraldine Dexter.
The family is eternally grateful to the entire staff at Seacoast Nursing & Rehabilitation Center & Care Dimensions Hospice for the compassionate care they extended to our father during his time there. Contributions may be made in memory of Thomas H. Sullivan Jr, Friends of Seacoast @ SeaCoast Nursing & Rehabilitation Center, 292 Washington Street, Gloucester, MA 01930, who sponsored many programs enjoyed by both Tom & Sue.
Published on December 27, 2019
To plant a tree in memory of Thomas H. Sullivan, Jr., please visit Tribute Store.

A place to share condolences and memories.
The guestbook expires on March 25, 2020.

kathy Dexter Hurlburt
I will be forever grateful to Sully for the wonderful care he and Susan gave our mother for 4 years. He was a terrific brother in law and is greatly missed.
Rebecca Aliberte
Sue looked to Sully for everything. He did his best to care for her and kept her with him at Seacoast until his death. For that we were grateful.
Tim Murray
Immensely sorry to hear of Sully's passing... My condolences to the family. He was one of my best friends in GHS, class of 61, did an outstanding job in ROTC, and a better job in Vietnam. Thank God he survived. Visited him recently at Seacoast and swapped yearbook memories. God bless his dear wife Sue--another valued classmate. As I told her at the 50th class reunion, "He's a good man." Sully's children have a lot to be grateful for: he left a good record, and they can be justifiably proud. Hope his classmates can leave a line here, too: he's worthy. I'm proud to have that sweater, my friend, as well as that "piece of marble"! Farewell, Sully--I hope I never forget you & Sue. May we all m...eet again in our Home in Heaven...Read more
Michael. Dailey
So sorry to hear of. Toms passing. A true gentleman. He will be missed by all
View all