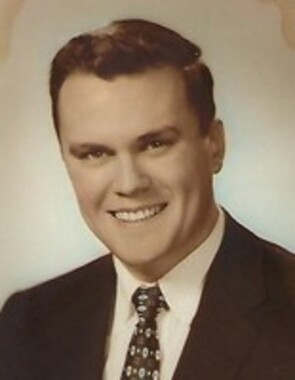 Gloucester - Walter J. Powers, Jr, of East Gloucester, passed away peacefully at home on October 30, 2019. He is survived by his wife, Marie (Courant) Powers with whom he shared 67 years of marriage.
He was born January 13, 1934, in Gloucester to the late Helen and Walter Powers and was a lifelong Gloucester resident.
He spent most of his childhood in East Gloucester and maintained many of his closest life-long friendships from his early days in East Gloucester. He graduated from Gloucester High School in 1951 at the age of 17 and, following in his father's footsteps, went on to Tufts University. Due to his extraordinary academic excellence, he graduated from Tufts Dental School in 1957 at the young age of 23.
After graduation, he joined his father's dental practice in Gloucester where he continued to practice for 50 years until his retirement at the age of 73.
He married his high school sweetheart, Marie, in 1952 and together began raising his family of sixteen children while still attending dental school. The family first lived in the Stage Fort Park area but he eventually was able to move the family to his beloved East Gloucester where he lived for the remainder of his life. The Fourth of July, Thanksgiving and Christmas holiday celebrations with his large family were always his favorite times of the year.
In his early childhood he enjoyed playing baseball, basketball and golf. During his adult life he enjoyed snorkeling at Brace's Cove in the summers and bringing lobsters home after his many hours of snorkeling. He also could be found fishing around the Gloucester waterways for many years on the weekends. Later in his life, he would spend time fishing in the summers with his son Tom, and grandson Winslow, which brought him great joy. He also enjoyed spending time outside gardening and manicuring his lawn. He, along with Marie, enjoyed relaxing on Saturday nights with his old childhood friends and spouses for dinner/dancing for many years.
His greatest achievement was his marriage to Marie. Her never-waning support of him and their large family through all the challenges of life helped him immeasurably.
He is survived by his wife, Marie and their 15 children, Walter J. Powers III, Gina Muniz and her husband, Jack, Helen Stone and her husband, Jeff, Liz Marques and her husband, Brad, Tom and his wife, Cheryl, Susan Balbo and her husband, Joe, Joan Pierce and her husband, Dave, Barbara Sousa and her husband, Tracey, Julie Gove and her husband, Jeff of Vacaville, California, Michael and his wife, Marnie, John and his wife, Lisa of Florham Park, New Jersey, Marie McGarragher and her husband Ward of Chevy Chase, Md, Amy Powers-Smith and her partner Dave Puopolo, Jackie Ciaramitaro and her husband, Jerry, Jim and his wife Leah of Rockport, MA, 47 grandchildren, and 29 great-grandchildren. He is also survived by his sister, Marjorie Burns, his brother-in-law Paul (Lynn) Courant and sister-in-law Virginia (Tunney) Haywood and many nieces and nephews.
He is predeceased by his daughter, Jennifer, parents, brother, James, father and mother-in-law, Reginald and Elizabeth Courant, sister-in-law, Libby Klemer, brothers-in-law, Peter Burns, Donald Klemer and Thomas Tunney.
He was grateful to his team of caregivers, Gina, Tom, Susan, Michael, Amy, Jackie, Jim and Janice for their kind and compassionate care of him during his final years.
In keeping with his wishes, services will be private. In lieu of flowers, donations may be made in his name to the St. Vincent de Paul Society, c/o Holy Family Parish, 60 Prospect Street, Gloucester, MA 01930.
Arrangements by Greely Funeral Home, 212 Washington Street, Gloucester. For online condolences, please visit www.greelyfuneralhome.com.
Published on November 2, 2019
To plant a tree in memory of Walter J. Powers Jr., please visit Tribute Store.

Plant a tree in memory
of Walter

A place to share condolences and memories.
The guestbook expires on February 02, 2020.

Restore the guestbook to view the 9 more posts by family and friends, and share a memory or message of condolence of your own.