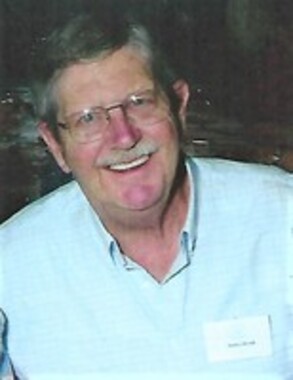 Rockport & Naples - Walter Sheldon Wood passed away at his Rockport, home on January 2, 2020. He was born in Schenectady, N.Y. on May 6, 1934 to Marianne and Kenneth Wood. He graduated from Draper High School and married his high school sweetheart, Yvonne White on September 27, 1952. They were married for 67 years.
He worked at the General Electric Co. before being drafted in the Air Force where he spent 8 1/2 years in the service. He was supervisor of Electronic countermeasure in the aircraft division at Westover Air Force base. Upon graduating from Non-Commissioned officer school, he was awarded three out of four awards given in his class for outstanding leadership. He was honorably discharged in 1963.
He went into business after the service opening an Electronic store known as Pieroways. Throughout the years, he purchased shopping centers in which he had furniture and appliance stores that are located in Massachusetts and Connecticut.
His interests included travel and golf. In 2003, he and his wife had a home built on an International Golf course in the South of France on the French Riviera. They would spend three months each year enjoying their Provence home, and the many friends they made there for ten years. He was a resident of Naples, Florida and summered in Rockport, for 32 years. He was a member of the First Congregational Church of Naples.
Walter was a 6 1/2 year survivor of pancreatic cancer. He was indebted to Dr. Carlos Fernandez-del-Castillo at Mass General Hospital for his wonderful care. It was also the extra ordinary care provided by Dr. Christopher Birdsall at Lahey Hospital, North Shore that he and his wife, decided to fund the renovation of an operating room, plus the purchase of all the equipment to accommodate this clinical project. Therefore, the "Walter and Yvonne Wood fund" was set up for Urologic Excellence. This will offer patients on the North Shore, and beyond, procedures heretofore unavailable at Lahey Peabody. Hopefully it will make patients lives a little easier then to have to travel to Burlington MA for procedures.
Their favorite quote by Horace Mann is: "I beseech you to treasure up in your hearts these my parting words, be ashamed to die until you have won some victory for humanity."
He is survived by his wife, Yvonne Wood; a daughter Kim Wood Owens, son-in-law, Richard and granddaughters, Monica, Emma, and Isabella Owens. Also his very special friends, Michael and Germaine Ouimette, Doug Nichols, Bruce Beaulieu and Chris and Ellen Velline. He is predeceased by his parents, Marianne and Kenneth Wood, sister, Sylvia Campbell and his in-laws, Martha and Harry White.
There will be no visiting hours and there will be a private burial. A celebration of Life is planned for a later date.
In lieu of flowers, donations can be made to the (Research Dept.) to Dr. Carlos Fernandez-del-Castello at Mass General Hospital, Gastroenterology, 15 Parkman Street, W ACC 460, Boston, MA 02114.
Arrangements by Greely Funeral Home, 212 Washington Street, Gloucester, MA 01930. For online condolences, please visit www.greelyfuneralhome.com
Published on January 10, 2020
To send flowers to the family of Walter S. Wood, please visit Tribute Store.

Send flowers
in memory of Walter

A place to share condolences and memories.
The guestbook expires on April 08, 2020.

Beautiful in Blue was purchased for the family of Walter S. Wood by Bill Low.  Send flowers