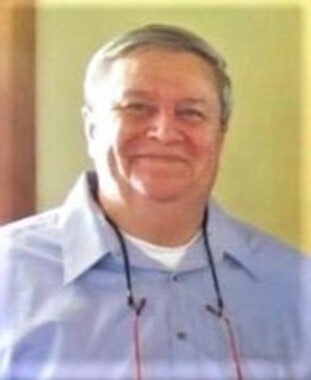 Rockport & Gloucester - William Matthew Johnson, age 66, of Gloucester, Mass., died peacefully on Sun., Dec. 8, 2019, from complications of a sudden illness with his loving children by his side. William was born on Dec. 26, 1952, to Dorothy Johnson and the late John "Boyk" Johnson. He was a graduate of Rockport High School, class of 1970, and later married his wife, the late Marjorie E. Johnson of 41 years in 1977. "Big Bill" worked as a mechanic and fabricator throughout his career in various industries.
Bill enjoyed all things to do with cars, mechanics, machines, and sailboats. He took immense joy in sharing these interests with his children as they grew up. Bill took great pleasure in watching the boats sail out of Gloucester Harbor every day, watching his children grow into adults, and loved his grandchildren deeply.
He is survived by two sons, William S. Johnson and his wife Jennifer M. Johnson and Matthew T. Johnson; a daughter, Meredith L. Johnson; his beloved grandchildren, Isabelle, Sophia and Liam. He is also survived by his mother, Dorothy Johnson; siblings, John Paul, Theresa and Mary Ann; as well as his loving nieces and nephew, John Borge, Dawn Borge, Jayme Putannsu and Patti Ann Porter. Bill was predeceased by his wife, Marjorie E. Johnson and his father, John Johnson.
A memorial visitation will be held in the Greely Funeral Home, 212 Washington St., Gloucester, MA, on Thurs., Dec. 12, 2019, from 4 to 7 p.m. Relatives and friends are welcome to come share their condolences at that time. The burial will be held privately at a later date.
In lieu of flowers, donations in his memory may be made to a charity of one's choice. For online guestbook, please visit www.greelyfuneralhome.com.
Published on December 10, 2019
To plant a tree in memory of William M. Johnson, please visit Tribute Store.

Sue Bonior
I was saddened to read of Bill's passing recently. His friends and family knew he was a good man, full of care and concern for his loved ones. How especially difficult to lose the Johnson family's patriarch, when they are celebrating birthdays & the Holidays at this time.
I feel for Bill's young grandchildren, particularly, having to accept the reality of losing another grandparent so soon. They may hear his voice and feel his presence still. May it be a comfort to them.
Bill & Jennifer, Matthew & Merry, my sincere condolences on the loss of your parents. May you all find comfort with each other and with those who love and care for you always.
Julia Quirk
Bill was obviously a special man. I didn't know him, but have heard so many stories about the wonderful grandfather he has been and the love and caring shared. I am praying for strength and peace for all his family and loved ones.
View all